We are several of the GamingNow DJs (and support staff and guests) who started playing DnD a couple of years ago, and we stream our games on twitch using a combination of Roll20 for the maps, DnD Beyond for char sheets and some rolls, and actually good old physical dice (with cams) for other rolls. 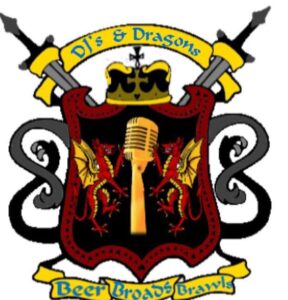 We currently are running 2 campaigns, though this will change as we evolve, there is a 3rd already being planned.  These are:

This is a transition from our first campaign to the second.  The first was the Water deep Dragon Heist campaign.  We succeeded, but in the process one of our party, the Dwarf Druid Glamraes Barrelmane got turned to stone.  This mini-campaign is to rescue the stoned Glam and to restore him.  Once (if) this is complete we will move into campaign 2 (currently unamed) which is to head north to help “fix” Glam who is also suffering from using dark magics.

This is a series of one-shots.  These will be longer sessions but should be completed in one or two sessions.  There will be several characters that rotate in an out of the stories.  Initially, these will be new characters but as the stories reach the level of the main characters there maybe some crossovers.

Rescue Glam (and then Campain 2) happens every other Thursday at 7pm GMT and lasts around 2 and half hours.
The Candle Keep Mysteries are roughly once a month on a Sunday at around 12 midday GMT and last around 4 hours.
For more info listen to GamingNow the shows (especially JJs Friday night show), or check the Events in the Gaming Now Discord which will have the next of each Campaign listed.

Watch on our twitch channel.

Shows will be available on Twitch shortly after the session and will remain there for around 2 weeks.  Shows will be uploaded to our YouTube channel within a week of the session.

We’re running a competition across all games, and you could win $100!

You must be watching live.  When anyone rolls a natural 20 or natural 1 (on a D20 and it counts*) you must enter !critwin (for the 20) or !critfail (for the 1), one per person per instance.  Each of these events will go into a separate raffle at the end of the show.  For each raffle, we’ll randomly (using more dice rolls) select one person that entered and give them a ticket into the main prize pool.  Additionally each time we have a critwin the prize pool goes up $5 and for each critfail it goes down $5.  When we reach $100 or at Christmas, we’ll do a draw from all the tickets and whoever wins gets the pot (probably in the form of a Steam voucher but this hasn’t been confirmed yet!).  If that all sounds confusing, come along and join in you’ve nothing to lose and it will all fall into place!

GamingNow staff can join the competition (we don’t get paid and want to have fun too!), but can’t enter on episodes they are playing in.

* For example if a char with advantage where 2 D20s are rolled gets a 1 and 15 then only the higher dice counts (the 15) and therefore this isn’t a critfail.  Similarly, if rolling with disadvantage and a 20 and 14 were rolled the lower dice counts (the 14) and so this isn’t a critwin.  There are also other instances such as Stabby is “Lucky” and so gets to reroll 1’s, unless the reroll is also a 1 this wouldn’t be a critfail.